In developing a culture of research at Veritas MAT, I have been thinking about how we can best support our staff team in devising helpful, engaging and purposeful research questions. 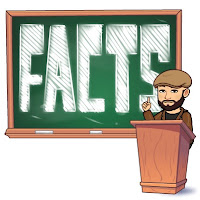 When thinking of research in schools, the key to a purposeful research based enquiry is to lead the researcher to a helpful question for their research project. This process is one that can often be hampered by what Daniel Kahnaman would call 'fast thinking'. Jumping at the first question that springs to mind can often lead to difficulties in the research journey as the question may be too broad, overly vague, biased or just plain boring. The question needs to have purpose and the researcher needs to ensure the question leads them towards the desired outcome of their research. The researcher needs to have the end point, or at least a presumption of what the end point may look like, in view. If the researcher settles on the wrong question, there is a real danger that the research that is undertaken leads them to an end point that lacks purpose or relevance to their practice.

Gary Thomas 2017, in his book How To Do Your Research Project,  suggests there are four types of research questions and defines the as:

These help the researcher to begin to define a purposeful question. 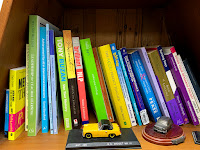 The first of Thomas’ questions asks the researcher to simply describe what they are observing.  This is a helpful starting point for a researcher’s first steps into research in schools. This may be seen in a teaching assistant asking the question, ‘what are the different strategies for supporting children with dyslexia?’. At first sight this is a helpful question to allow the teaching assistant who may be new to post explore the different strategies for supporting a pupil with dyslexia within the school. The question may, however require further clarification.  It is the skill of the coach to make sure the researcher a refines their question to ensure it aligns to the desired outcome of their research.
Taking this example, the coach needs to ask the researcher to be more specific about the first research question. The coach could ask, ‘is there a particular subject area that would be of interest to your research question’ or ‘is there a specific age group, gender, ability, level of deprivation you are interested in in order to make your research question more specific?’ The coach is trying, though these questions, to help the researcher to narrow their field of study in order to make their research both increasingly manageable and the outcome more impactful. With a narrower focus on this descriptive question, the researcher has greater chance in finding out something of interest that will impact positively on their practice and potentially the practice of others.

Thomas draws an analogy between this style of question and painting a picture. He states that the researcher should, through their research question and subsequent research, be able to paint a picture of what is happening through words.  As with any painting, however, it is provided through the lens of the artist, and this is also the case in research.  The researcher can put their own interpretation on the research, making it unique to their setting and their own interests.  This is not something to shy away from, but to embrace.  The researcher, provided they name their own perspective in this research and their own potential bias, can share their findings to a well constructed situation question freely.

‘First, it means that you are expecting to see something that you couldn’t see before. Second, it implies also that you will be able to see because you are looking in a way that you weren’t able to previously. Third, it implies you are giving time and energy to looking hard 9i.e. shining the light) and using your own self – your intelligence and experience – to make sense of the subject under study.’  Thomas 2017

The researcher asks about an element of their practice, forming the question, ‘Why do children in my intervention group struggle to stay on task in maths lessons?’. This question poses a problem to the researcher who now needs to try to get into the heads of the children in this group.  An impossible task. However, the question then asks the researcher to be subjective in their research. Being subjective is sometimes seen as a weaker style of research compared to a more objective approach. Subjective research is perfectly valid as a research process, provided the researcher acknowledges this and states their potential bias or viewpoint.
What happens when?

This approach asks the researcher to ask about possibilities. This may be linked to a question that asks ‘what happens to pupil’s confidence when a teacher limits their praise?’. The question relies on the researcher making a hypothesis that something will happen as a result of an action. This action may be an existing element of practice or, more typically, when a new element of practice is introduced. In this case the shift from furnishing pupils with praise to a more limited offer of praise.

Another example of the what happens when question was posed by a member of my early years team. The researcher asked, ‘What happens to the levels of concentration for my group of autistic children when adults walk through the room?’. The context of this question was rooted in the early years classroom being used as a walk through room when the hall was in use. With three autistic children in the class, the researcher wanted to research the impact of these perceived distractions on the children. This question was helpful in forming a basis to this research project but came with further questions for the coach. The coach asked:

The ‘what happens when?’ question therefore tries to define whether one particular factor causes a reaction, or as Thomas puts it ‘does this cause that’ or ‘does x cause y?’. This can be a really helpful question style for staff introducing new initiatives in school and a well-constructed research question can unpack the impact of the new initiative.

An interesting, but challenging, research question was raised by a member of the teaching team in our school as they asked ‘does research in school impact positively on practice?’. When I first read this question, I felt this teacher was questioning the whole approach to research informed practice in our school and trust. At first sight, this question appeared subversive and one that was set to challenge the approach to research across our entire staff body.  I considered the personal bias this member of the team was bringing to their research and that they possibly hoped to devalue research informed practice. I then, with Kahnaman’s slow thinking, stepped back from my initial reaction and recognised that I was bringing my own bias to this reaction. I had let my bias, in this case what Kahnaman would call the ‘halo effect’, cloud my openness to the light that research can cast on your own practice. I had allowed my passion and excitement for the impact of research informed practice to block the possibility that research itself could suggest that research did not impact positively on the organisation. I mention this only to alert the issue that bias is not only rooted in the researcher, but also in the coach and needs to be recognised and named where it arises.

I am , however, more than relieved to state that the outcome of the research question by this teacher led to a fascinating study on the impact of research.  The research highlighted the affirming power of research on the individual and the organisation. The research also highlighted the importance of recognising the workload research places on some members of the team and through this being exposed through a well-crafted research question, our approach to supporting staff in understanding research methodology and providing time to all staff to undertake research days was introduced. 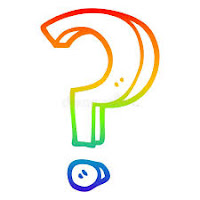 What is related to what?

This style of question asks the researcher to consider how two or more factors interact to cause an outcome. This may be embedded in a question like the one used by a member of staff who asked ‘How does attendance, deprivation and special educational needs affect the outcomes in phonics for year 1 pupils?’. This question leads the researcher to consider the connectedness of differing factors on their research.  It leads the researcher to pose questions about the links between differing factors to help them draw an answer from this connectedness to find a new level of understanding.

As with the previous three forms of questions, the ‘what is related to what?’ question is open to cognitive bias. The researcher inevitably brings an assumption to this question. In the example above, the researcher may have made the assumption that attendance, deprivation and special educational needs have an adverse effect on outcomes in phonics for year 1 pupils. The research may therefore lead to the study of a group of pupils whose attainment in phonics may be limited by another factor beyond the study, such as lack of verbal engagement in the family home in the formative years. It is once again the role of the coach to carefully unpack these potential assumptions and biases through skilful questioning in order to define a helpful research question.

The hypothesis and null-hypothesis

‘Hypothesis – an idea or explanation of something that is based on a few known facts but that has not yet been proved to be true or correct. ‘ 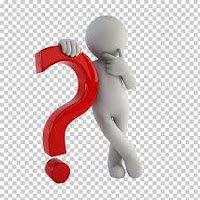 Research questions can sometimes test out a hypothesis. Thomas refers to the hypothesis as the fifth style of question a researcher could choose.  The hypothesis presents a difficult choice of research question as it often makes an assumption of truth based on limited facts and reading. An example of the hypothesis is used in current school inspection framework in England where the lead inspector will consider the evidence gathered during the first day of a two day inspection and formulate an hypothesis to test out on the second day. An example hypothesis may be related to the leadership seen in three subjects seen where in each subject seen during the first day of the inspection a particular group of pupils appear to perform differently when compared to their peers. The following hypothesis is therefore formed by the inspector, ‘In a wide range of subjects, disadvantaged pupils make stronger progress compared with their peers as a result of the additional support they receive.’. This hypothesis, as a research tool, has difficulties. One key difficulty is that the hypothesis makes a presumption based on limited knowledge, this has the potential to put the metaphorical blinkers on the researcher. In setting sights on a hypothesis, there is a tendency for the researcher to endeavour, sometimes at all costs, to prove their hypothesis right. This creates a strength of bias that can lead to a foregone conclusion, limiting the validity of the research itself. While the hypothesis style approach to forming a research question is a valid process, the researcher must be cautious that they are not charging into a research project that is restricted by their bias.

To ask or not to ask, that is the question...

All the best in formulating your own research question.